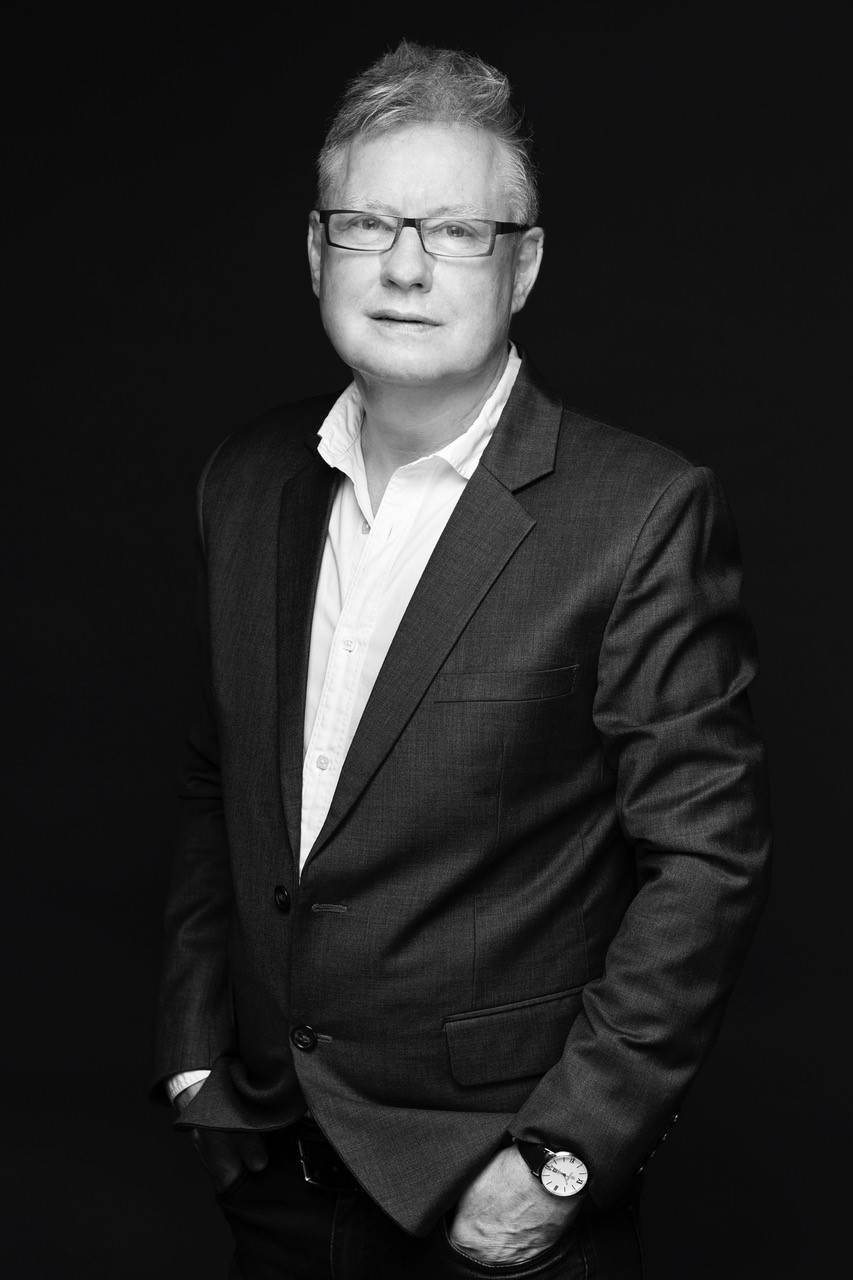 Jeffrey James is a global broadcast professional working across news, current affairs and business. He has anchored and produced for international networks and production houses in Europe, Asia and Australia.

Since beginning in regional radio in Australia in his late teens, he has produced and designed programming across multiple broadcast genre encompassing music, news, current affairs and documentaries.

His interviews include Australian Prime Ministers Bob Hawke, John Howard, Kevin Rudd and Malcolm Turnbull, Singapore’s Prime Minister Lee Hsien Loong & Vietnamese President Nguyen Minh Triet. CEO interviews include transport baron Lindsay Fox, retail giant Gerry Harvey and Rio Tinto Mining Chief Tom Albanese and Telecoms giant Sol Trajillo. He has interviewed show business legends from Sammy Davis Jnr. to Peter Allen. Investigative reporting and investigative journalism have taken him to the southern Philippines where he interviewed an Abu Sayaf rebel group as its leader admitted to multiple executions, and in the back of a Sydney bar a group of burglars who had just returned from a house robbery and provided advice on home security. His hallmark pieces have been exclusive interviews with Li Chu Wen, China’s representative to Hong Kong during British negotiations for the 1997 handover who provided new information on China’s precise territorial claims and plans for the territory.  A rare interview with Mother Teresa of Calcutta (Saint Teresa) was recorded in early years which ‘defines’ much of Jeffrey’s interviewing style.  After Mother Teresa asked her assistants to prepare food for Jeffrey, they sat in a room together and Jeffrey threw away pre-written questions and asked, “Why are you so good, and why am I not?”  The interview explored an unusual approach surprising Jeffrey and perhaps Mother Teresa and was broadcast across Australia on 2SM.

Having spent the last ten years (2010-2020) based in China, Hong Kong and Thailand, in 2020 he returned to Australia where he is currently living in Sydney awaiting the conclusion of the pandemic and the re-opening of national borders.

His time in Sydney has involved the design and development of three factual projects, Dragon Warrior, Dimash and China Music.  The projects move towards production.

Before being approached by CNBC to be the face of their new Australian based global programming in 2008, Jeffrey lived in Berlin and London and worked for iconic broadcaster, Deutsche Welle where he presented the business component of DW-TV’s flagship news programme, ‘The Journal’, which was re-broadcast by 5000 television operators world-wide including America’s PBS.  He became one of the most popular and best known faces of DW-TV during some five years with the network.

Jeffrey began his career in Australian regional radio with 8HA in Alice Springs, in the centre of Australia moving on to music television as presenter of various programmes for Channel 7, Sydney.  He was attracted to and passionate about broadcast since being a child.  In the 90s Jeffrey worked with Nine Network Australia and with ABC as Segment Producer and Associate Producer with network star interviewers, Mike Walsh and Ray Martin.  He was drawn to the art of the interview and learned hugely from both iconic figures.  His interest and participation in analytic psychotherapy further enriched his curiosity about people and in framing this through the paradigm of the broadcast interview.

In 2018, the Australian Film and Television Archive catalogued some 200 hours of Jeffrey’s historic broadcasting work both in radio and television.  He has been based and lived in Hong Kong, London, Berlin, Beijing, Bangkok, Auckland and Tel Aviv.

Jeffrey attended Trinity Grammar and St. Andrews Cathedral School and studied music, speech and drama.  He has perfect pitch and as a child studied classical piano.